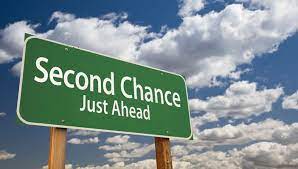 They are all well-known and successful, to be sure. But in addition, they all suffered insurmountable financial reverses, and they all got a second chance by filing for bankruptcy.

This list shows the wide variety of people who may need the protection of bankruptcy. Many other widely recognized names could be included, too. It also shows that many people will encounter financial reverses and difficulties in their lives and incur debts they are unable to repay. Often this is through no fault of their own. Financial reverses can result from a downturn in the economy or a serious illness, or through poor financial planning or management, bad business decisions, or other personal or financial reasons.

Indebtedness from such reverses can become so great that a person or business will never be able to pay it all back. In addition to the financial burden, such debt can place a heavy mental and emotional burden on those trying to carry on with their lives. Individuals and businesses in this position need a second chance.

The Framers of the Constitution recognized this need for a second chance. Article I of the United States Constitution gives Congress the power to “establish . . . uniform laws on the subject of bankruptcies throughout the United States.” Through the years, Congress has not only passed laws creating bankruptcy protections, but has also created bankruptcy courts to handle bankruptcy proceedings. Bankruptcy courts are federal courts and are components of U.S. District Courts. Wherever there is a U.S. District Court, there is a corresponding U.S. Bankruptcy Court.

Bankruptcy may result in the debts being liquidated or in the development of a repayment plan. Whether through liquation of debt or the institution of a repayment plan, the goal is to be fair not only to the bankrupt individual or business, but also to the creditors. Sometimes this will require that the property of the bankrupt person or business be sold to pay back as much of the debt as possible. This may be necessary because the goal of a bankruptcy proceeding is not a free pass, but a new start.

As is clear from the list of names above, bankruptcy is not a reflection of bad character or a sign of poor business judgment. And it does not preclude a person from achieving great success later on. The federal courts, through bankruptcy proceedings, provide an important opportunity for a second chance and a new start in business and in life.

In the Long Run, Bad Credit is More Expensive than Bankruptcy